You have permission to edit this article.
Edit
Advertise
This Weeks Ads
Classifieds
My Hometown
Share With Us
Garage Sales
Digital Editions
1 of 3 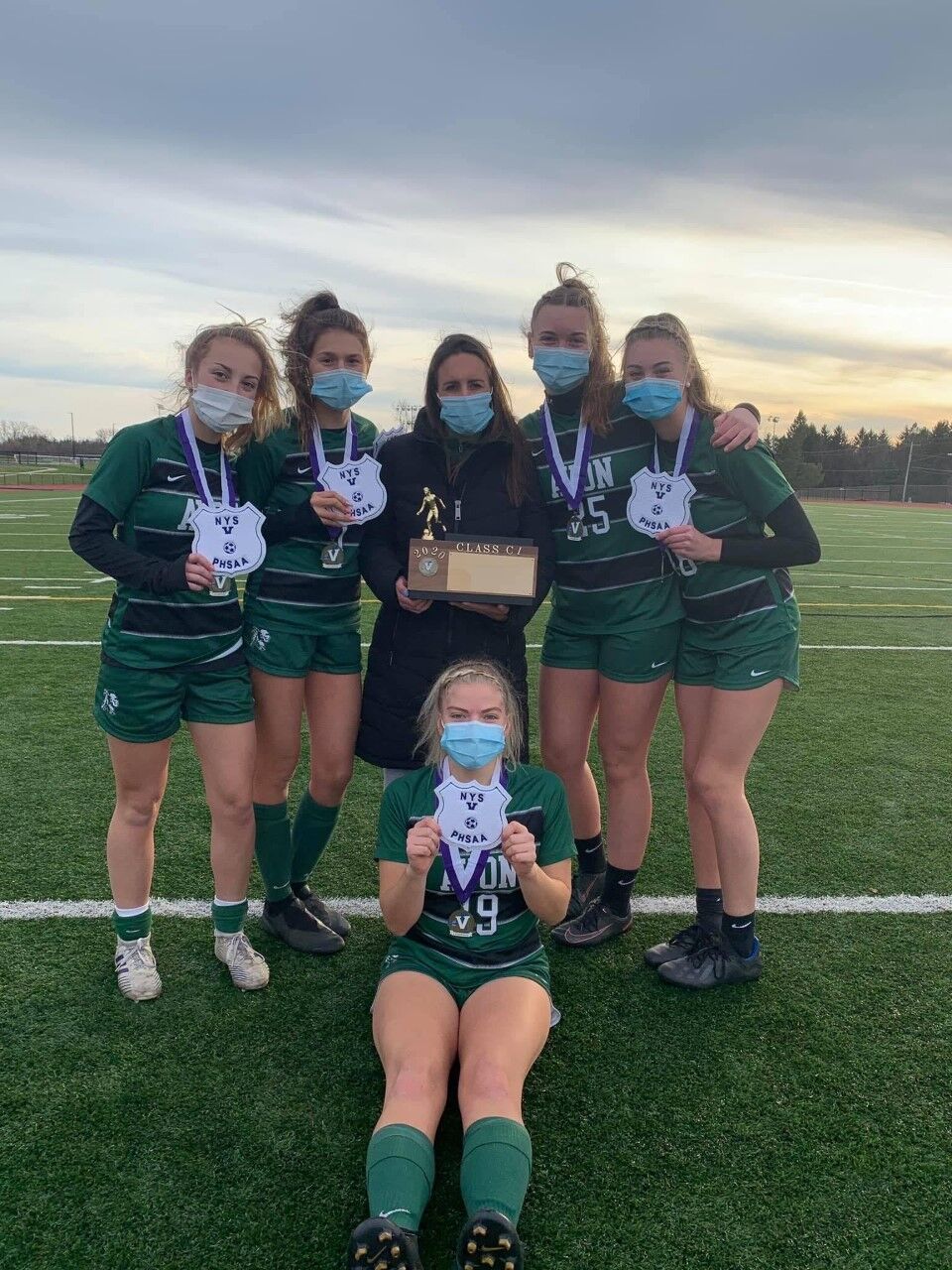 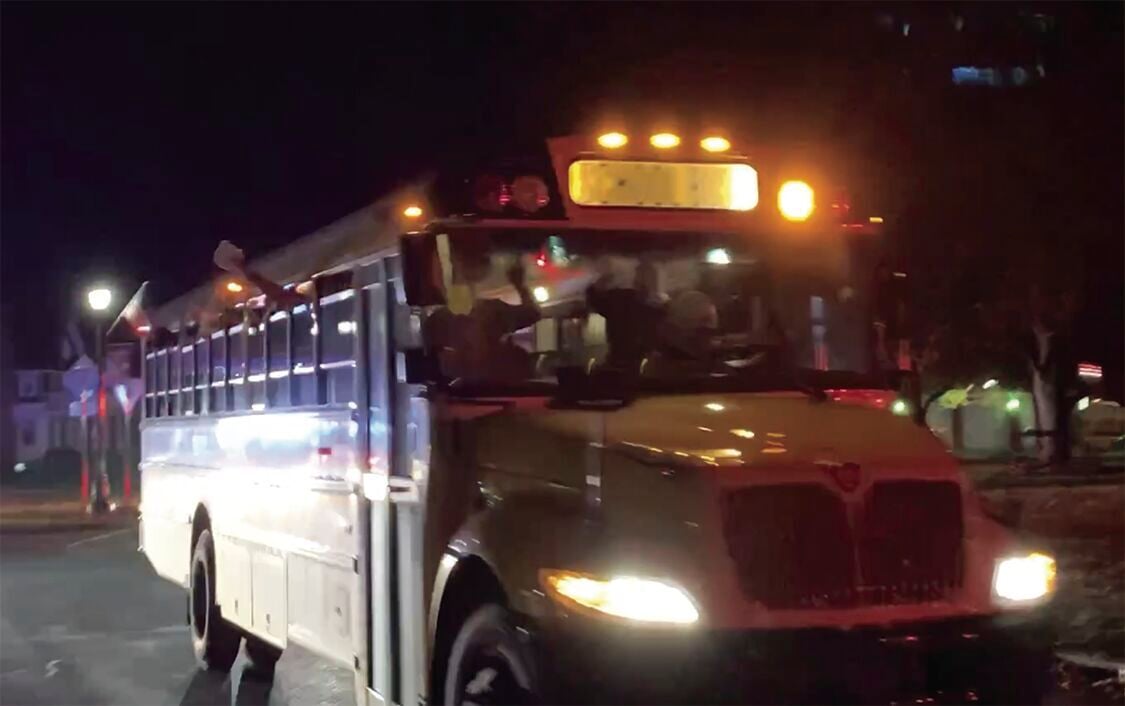 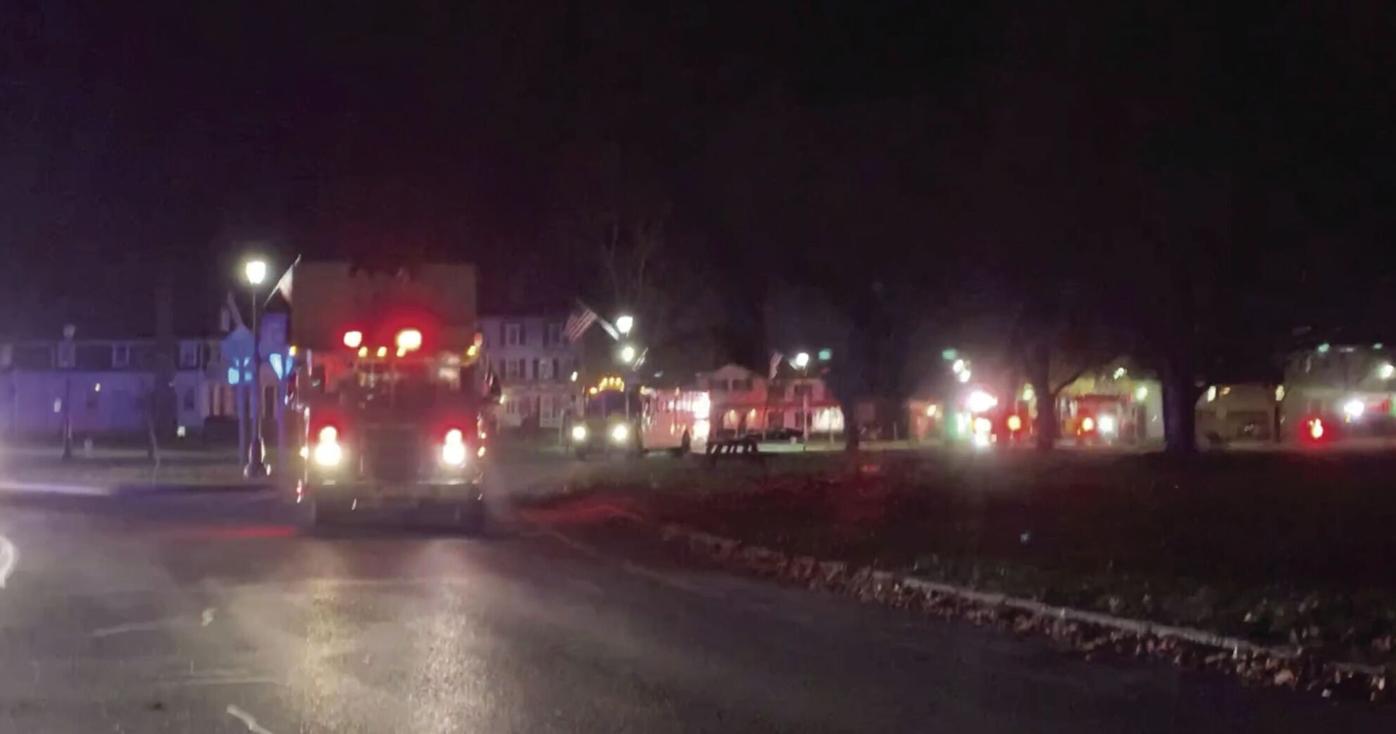 When times are hard, there are always those who rise to the challenge and turn it into opportunity.  Six Avon Central School teams did just that, bringing home six Section titles this season. The families, coaches, and community couldn’t be any prouder! The victorious varsity teams were Football, Baseball, Softball, Cheer, Boys Basketball and Girls Soccer.

Avon Athletic Director and Football Coach Andy Englert says while this is the football team’s seventh Section V title (1983, 1986, 2008, 2009, 2012, 2014, 2021), the extraordinary circumstances as well as the team’s close relationship with the community and each other made it exceptional. “It was a different year with football starting in March, but I was very proud of the team’s performance throughout the season,” he said. “As a coach, I felt that the team had a special bond and believed that they could finish the season on top!”

Softball Coach Pete Leone was struck not only by his team’s performance but by their extra effort, as well. “I’m extremely proud of the hard work and dedication of the players throughout the season,” he praised. “Without a season in 2020 and with only a two-week preseason this year, the girls had to put in extra time to improve fundamentally—and they did. They came in early on game days for extra hitting and fielding— something I’ve never had a team do previously.”

The softball team’s hard work clearly paid off, netting them their first ever sectional title. “No Avon Braves softball team had ever won either a division title or a sectional title, so this year’s sectional title was quite an accomplishment! It was both a pleasure and privilege to coach them, and I can’t think of a more deserving group of champions!”

The fact that sports had finally returned after more than a year-long hiatus only served to sweeten these victories! “We were excited to hear there was actually going to be a season!” exclaimed Cheer Coach Shaun Loomis. “It gave the girls the opportunity to do what they love. They were committed and determined to be the best.” Loomis added that masks and a short season didn’t slow these students down, noting “these girls didn’t let any of that stop them from achieving their goals.” Virtually and without the encouraging cheers of fans, friends, and family; Avon’s cheer team “came out on top. As Loomis observed, “They achieved two 1st place titles along with being crowned grand champions. They also earned LCAA grand champions and 1st place. The biggest achievement was winning the Section V Class C1 title—I couldn’t be prouder as a coach to watch these athletes never give up and work together to get what they wanted!”

Boys Basketball and Baseball Coach, Rob Fries, noticed the same focused determination from his players. “Just being back on the field in 2021 was pretty special—our guys worked hard to learn from our mistakes early on and committed to using those mistakes to improve.” The baseball team and the boys basketball team showed just how much they appreciated this unexpected gift of a season with their drastic improvement and leading in the baseball game to what Coach Fries calls, “an overtime thriller in the finals.”

“It was even more special because we were able to do it on our home court,” explained Fries. “The last two weeks the team really came together and believed in each other, and you could see us peaking at the right time.”

The team’s finals game ended in cinematic perfection with a victory in the bottom of the ninth to the enthusiastic cheers of Avon fans. “It was a culmination of a great year for Avon athletics,” said Fries. “It is a moment that will last forever for these guys.”

This sentiment was echoed by Girls Soccer Coach, Katlyn Bennetti when she said she believed her players would “remember this unique season for the rest of their lives.” Coach Bennetti praised her team working hard independently and for rising above uncertainty to victory.  “We had many Zoom meetings and were never promised tomorrow,” she recalled. “We stayed positive, pushed through, and managed to have a very successful, fun season. I am so happy for this year’s group of seniors!”

Each of the 6 winning teams were escorted home by Avon Fire Trucks, lights on, sirens screaming. The whole town could hear it, and fans went down to the circle to see them do victory laps in the busses! This “Winner’s Welcome” is such a fun Avon community tradition! Grateful for this incredible season, Coach Englert concluded, “Thank you to the Administration, parents, community, and fans for their support throughout the 2021 season!”

A Big Screen Opportunity Leads to A New Life