You have permission to edit this article.
Edit
Advertise
This Weeks Ads
Classifieds
My Hometown
Share With Us
Digital Editions
Garage Sales
1 of 4

The Big Springs cast gathers to take a bow! 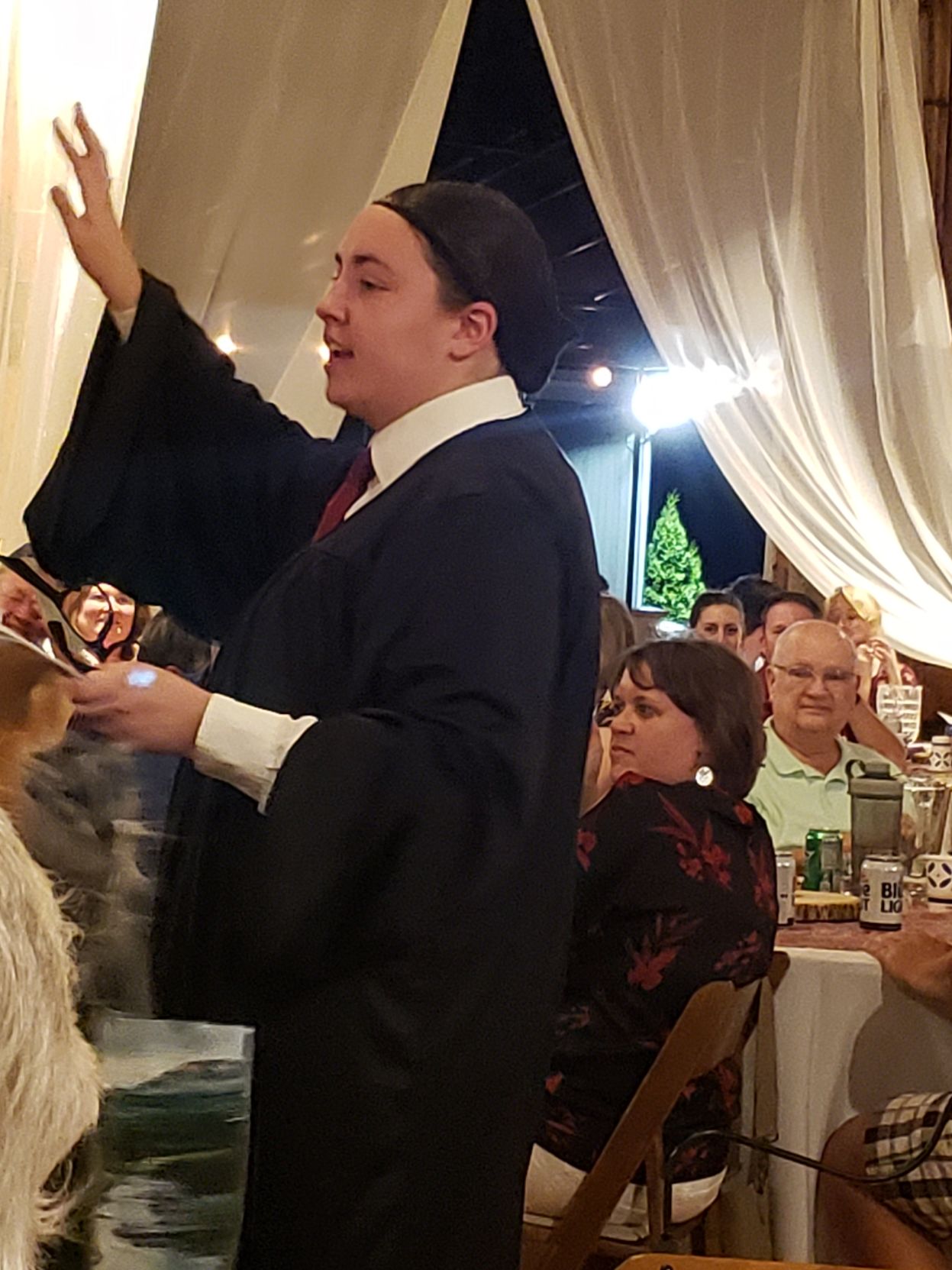 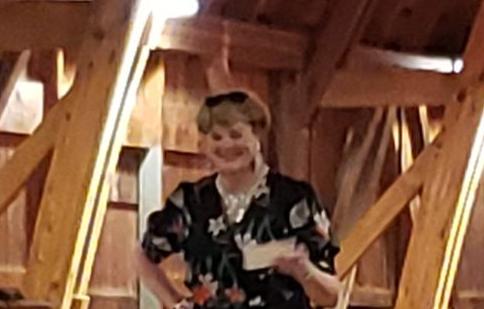 Death of a Hot Sauce Salesman, a humorous mystery, entertained guests in Caledonia last Saturday. The Big Springs dinner and theatrical production was hosted by Oak Knolls Manor and performed to a full house. Guests worked to unravel the mystery of Prescott Knight’s untimely demise while chuckling over the antics of the lively cast. The event was held to benefit the Big Springs Museum’s new exhibit, Shaping a Community.
Upon entering, guests were treated to a selection of drinks before mingling across the Manor’s open floor and two patios, refreshing on the warm, end-of-summer evening. Once everyone was seated, a buffet-style dinner was served. Such favorites as red-skinned mashed potatoes, herb chicken and sliced roast beef were well complemented by creamy macaroni and cheese, seasonal vegetables and a garden salad. Multiple serving lines moved quickly, and guests were soon enjoying their selections.
The show then began. Immediately setting the tone, the cast interacted with audience members without breaking character. The humorous effect of dismissing the fourth wall also resulted in a highly engaged audience.
Flirtatious gold digger Pepper Devine, hilariously played by the lovely Sara Brunner, was among the first to make the guests’ acquaintance, suggestively stopping by several men in the audience to ask if they were wealthy. Additional cast members soon made their appearances, as well, and the stage was set—to use a fitting pun—for murder as the audience was presented with rich, elderly Prescott Knight, his greedy family and unscrupulous acquaintances.
Sassy the maid, played by Sue Hayes, had guests chortling many times with her understated, sarcastic quip and well-timed eyerolls. Paul Meloon also tipped his hat to audience titters as the somewhat licentious lawyer Fester N. Boyle. The boisterous Helen Knight, played by Janice Grattan, lit up the stage with her vivacious personality.
In short, all cast members turned in excellent and entertaining performances with Jessica Laursen as Shiloh Devereaux, Jacob Rychlicki as Brick Tarmac, Kyra Brunner as Magnolia DuKane, Rowan Nothnagle as Prescott Knight, Jenifer Milliman as Sue Rae (Momma) DuKane, Sam Urriza as W.C. (Daddy) DuKane and Jill Formella as Juan. The play was directed by Robin Finley whose choice to incorporate local place names like Caledonia, Geneseo, Canandaigua and the Oatka into the show delighted the audience.
At the end of Act One, Judge Titus A. Drumm, played with high energy by Samantha Rychlicki, entered the play and captivated the audience, announcing that Prescott Knight had been found dead under suspicious circumstances. Judge Drumm was upstage and downstage, addressed the audience and even recruited a secretary. Next, each table of guests received a clue packet along with their dessert tray during the Intermission.

Once guests were properly stumped, Judge Drumm started Act Two. As audience members raised their hands to describe a cast member’s motive and holes in his or her alibis, the coinciding cast member tried unsuccessfully to “intimidate” them into silence. Clearly unmoved, guests answered anyway, and Judge Drumm awarded them silly prizes, later to be followed up with more valuable ones. At last, not one had a valid alibi, and each one had a possible motive.

Guests were the instructed to open the remaining envelope in their clue packet which directed their attention elsewhere. In fairly short order, the mystery was solved as the culprit was identified. Applause welled up to fill the Manor as the evening’s talented cast members bowed in turn. The Big Springs Museum thanked Dan and Julie Welch for hosting the evening's event at their historic, beautifully-restored, Wells Barn.
To learn more about the Big Springs Museum, visit www.bigspringsmuseum.org.
Enjoy this article? Check out this week’s other great stories online at www.gvpennysaver.com:
• Wood Library of Canandaigua Celebrates 160 Years!
• Little Helpers of Rochester Brings Service Opportunities to Children
Have something interesting you’d like to share with our readers? Perhaps an original story, a personal experience, community happening, or school event? Add some photos, and your story will be featured on our popular website for all to see. Who knows - it may even end up in print! It’s easy to do. Go to My Hometown to view previously posted stories. To post your own, visit Community at My Hometown today!