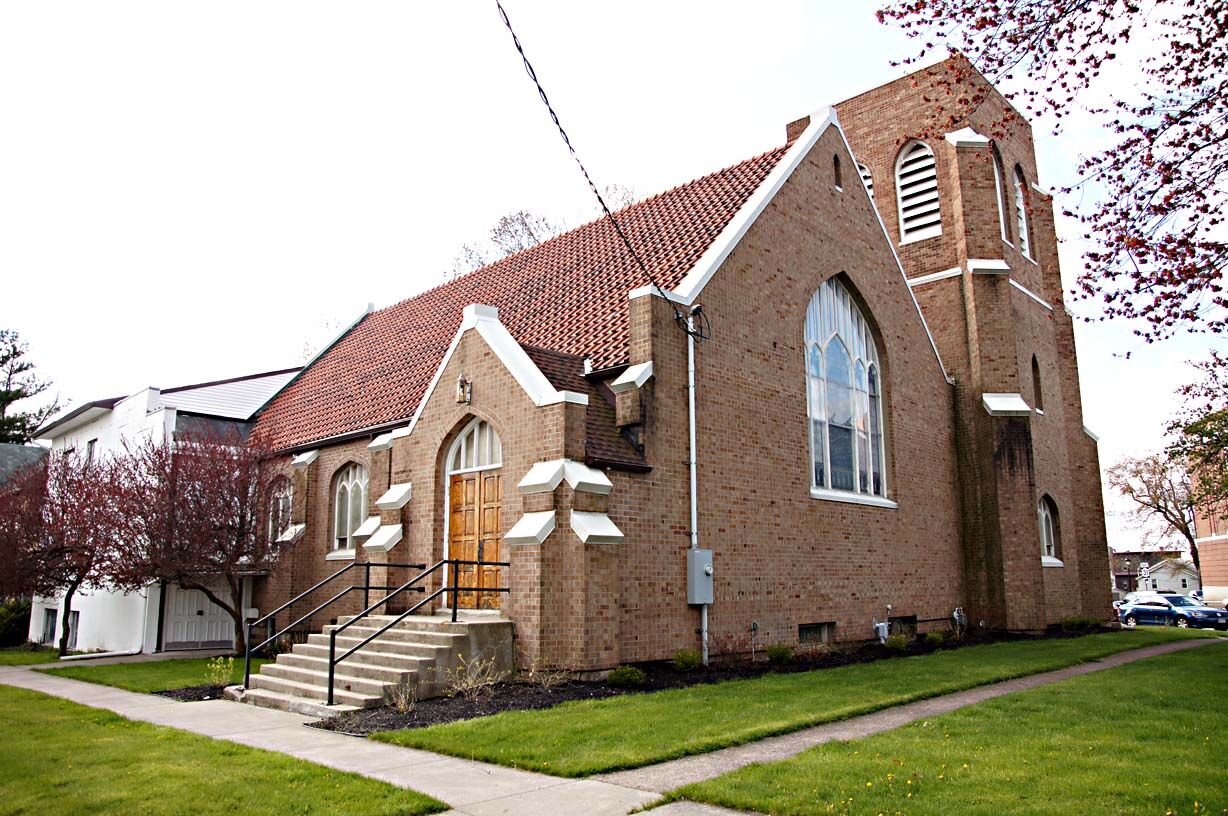 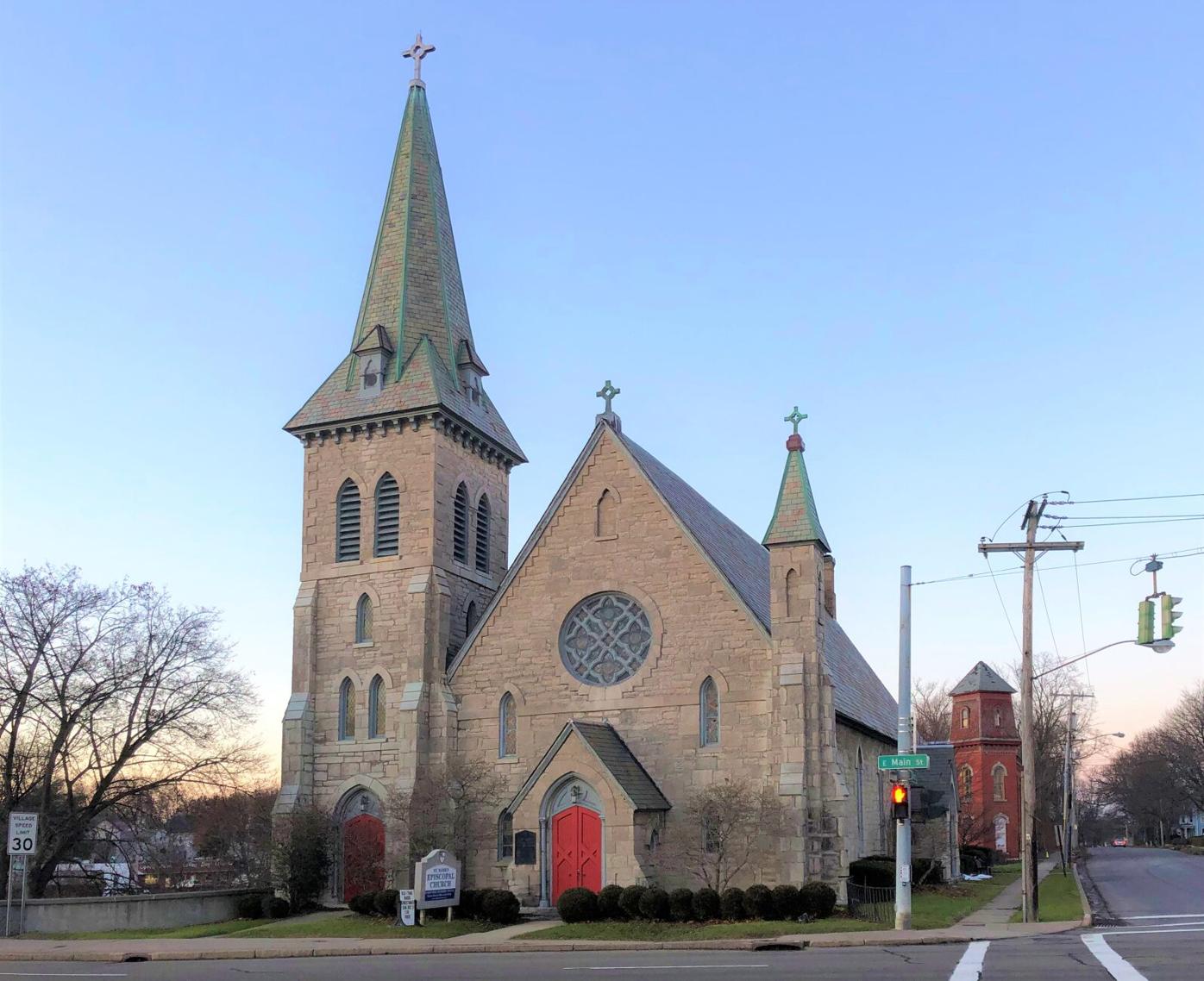 “We’re delighted our grants can help maintain these important institutions during this difficult time,” said Peg Breen, President, The New York Landmarks Conservancy.  “Throughout the pandemic, they have continued feeding and recovery programs, as well as health and cultural offerings to their communities.”

St. Mark’s Episcopal Church in LeRoy was awarded a $10,000 Sacred Sites Grant to help fund window and exterior repair.  The parish was founded in a schoolhouse in 1804, and this 1869-1870 Gothic Revival building is the church’s second home.  The building was built on the foundations of a former mill, and designed by prominent Rochester architect Andrew Jackson Warner.  A parish hall wing was added at the rear of the church in 1957-1958, and was designed by Buffalo architect Robert North.

St. Mark’s reaches about 1,100 community members a year with such activities as a summer lunch program at Mill Street Park, which was doubled in size this year in response to the pandemic.  The Western New York Diocesan Deanery Project for Social Justice holds workshops for migrant farm workers at the church.  The LeRoy History of Art Club uses space for meetings, and the Genesee Chorale has two concerts per year.

First Presbyterian Church of Holley was awarded a $5,000 Sacred Sites Grant to help fund roof repairs.  The First Presbyterian Church of Holley is a tan-brick, Collegiate-Gothic style church completed in 1909 to the designs of architect William C. Walker.  A modern concrete-block addition (1958-59) abuts the east side of the original building.  The sanctuary interior contains the original exposed roof trusses, paneled ceiling in dark wood, heavy wood window trim, altar furnishings, and organ installed in a loft behind the altar.  The church serves about 400 people a year through activities such as school supply and clothing distribution, a holiday gift drive, scout troops, fellowship groups, and meetings of the local garden club.

The New York Landmarks Conservancy, a private non-profit organization, has led the effort to preserve and protect New York City’s architectural legacy for nearly 50 years.  Since its founding, the Conservancy has loaned and granted more than $52 million, which has leveraged more than $1 billion in 1,850 restoration projects throughout New York, revitalizing communities, providing economic stimulus and supporting local jobs.  The Conservancy has also offered countless hours of pro bono technical advice to building owners, both nonprofit organizations and individuals.  The Conservancy’s work has saved more than a thousand buildings across the City and State, protecting New York’s distinctive architectural heritage for residents and visitors alike today, and for future generations.  For more information, please visit www.nylandmarks.org.

Ready to Give this Thanksgiving an “F?” Give It 7 of Them Instead!